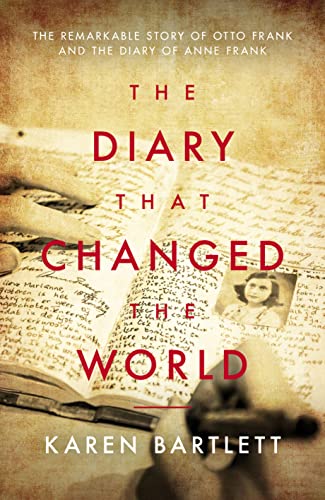 The Diary That Changed the World: The Remarkable Story of the Diary of Anne Frank

When Otto Frank unwrapped his daughter’s diary with trembling hands and began to read the first pages, he discovered a side to Anne that was as much a revelation to him as it would be to the rest of the world.

Little did Otto know he was about to create an icon recognised the world over for her bravery, sometimes brutal teenage honesty and determination to see beauty even where its light was most hidden.

Nor did he realise that publication would spark a bitter battle that would embroil him in years of legal contest and eventually drive him to a nervous breakdown and a new life in Switzerland. Today, more than seventy-five years after Anne’s death, the diary is at the centre of a multi-million-pound industry, with competing foundations, cultural critics and former friends and relatives fighting for the right to control it.

In this insightful and wide-ranging account, Karen Bartlett tells the full story of The Diary of Anne Frank, the highly controversial part it played in twentieth-century history, and its fundamental role in shaping our understanding of the Holocaust.

At the same time, she sheds new light on the life and character of Otto Frank, the complex, driven and deeply human figure who lived in the shadows of the terrible events that robbed him of his family, while he painstakingly crafted and controlled his daughter’s story. 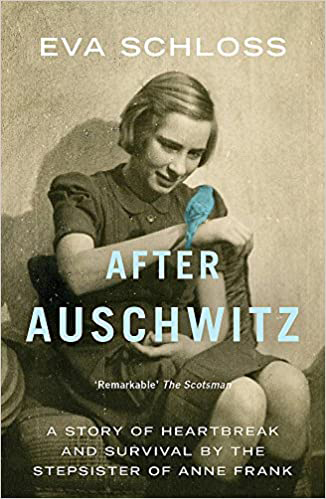 After Auschwitz: A Story of Heartbreak and Survival by the Stepsister of Anne Frank

Eva was arrested by the Nazis on her fifteenth birthday and sent to Auschwitz. Her survival depended on endless strokes of luck, her own determination and the love and protection of her mother Fritzi, who was deported with her.

When Auschwitz was liberated, Eva and Fritzi began the long journey home. They searched desperately for Eva's father and brother, from whom they had been separated. The news came some months later. Tragically, both men had been killed.

Before the war, in Amsterdam, Eva had become friendly with a young girl called Anne Frank. Though their fates were very different, Eva's life was set to be entwined with her friend's for ever more, after her mother Fritzi married Anne's father Otto Frank in 1953.

This is a searingly honest account of how an ordinary person survived the Holocaust. Eva's memories and descriptions are heartbreakingly clear, her account brings the horror as close as it can possibly be.

But this is also an exploration of what happened next, of Eva's struggle to live with herself after the war and to continue the work of her step-father Otto, ensuring that the legacy of Anne Frank is never forgotten. 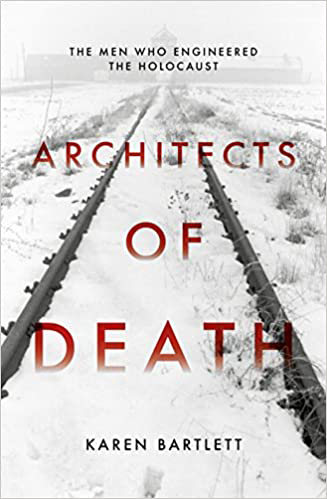 Architects of Death, The Family Who Engineered The Holocaust

The respectable faces the Topf brothers showed the world masked unspeakable horrors as they worked for Hitler and traded in mass murder.

J. A. Topf and Sons began life as a well-respected, but unremarkable, engineering firm in the provincial German city of Erfurt. A family-owned business, it produced heating systems, as well as brewing and malting equipment. But the advent of the Second World War would see Topf and Sons become a manufacturer of crematoria for concentration camps including Auschwitz and Buchenwald recasting the firm as an agent of Nazi sadism.

During the horror-filled years of the Holocaust, the company would facilitate the murder of more than one million men, women and children. Most of the workers at Topf and Sons were never fervent Nazis driven by extremist and hate-filled ideologies. Yet, fuelled by personal ambition and bitter professional rivalries, Topf and Sons owners and senior engineers competed with each other to develop the technology for the twentieth centurys worst genocide.

In Architects of Death, Karen Bartlett reveals exactly how and why the name of Topf and Sons became synonymous with Nazi inhumanity, and examines the natures and behaviour of the men responsible for the companys enduring infamy. 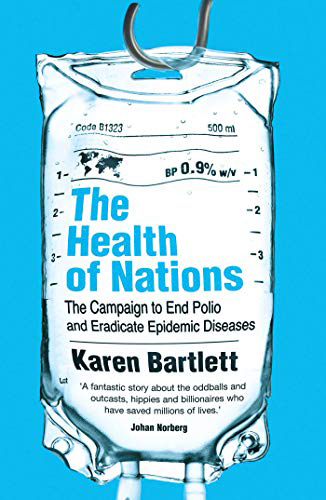 Health of Nations: The Campaign To End Polio and Eradicate Epidemic Diseases

‘Hope lies in dreams, in imagination, and in the courage of those who dare to make dreams into reality.’ – Jonas Salk, inventor of one of the first successful polio vaccines

No one will die of smallpox again…

One of the worst killers ever is now consigned to history – perhaps the greatest humanitarian achievement of our age. Now polio, malaria and measles are on the hit list.

Karen Bartlett tells the dramatic story of the history of eradication and takes us to the heart of modern campaigns. From high-tech labs in America to the poorest corners of Africa and the Middle East, we see the tremendous challenges those on the front lines face every day, and how they take us closer to a brave new world. 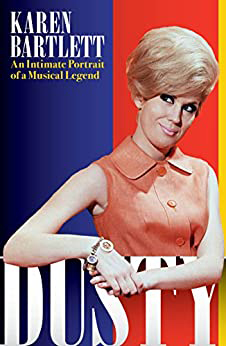 Dusty, An Intimate Portrait of a Musical Icon

Known the world over for her unique musical style, distinctive look and a voice that propelled her into the charts time and time again, Dusty Springfield was undoubtedly one of the biggest and brightest musical stars of the twentieth century. Never one to be shy of the spotlight, Dusty broke the mould as the first female entertainer to publicly admit she was bisexual, and was famously deported from South Africa for refusing to play to segregated audiences during apartheid in 1964, just a year after the launch of her solo career. Combining brand-new material, meticulous research and frank interviews with friends, lovers, employees and confidants, journalist Karen Bartlett reveals sensational new details about the soul diva's unconventional upbringing, tumultuous relationships and unbridled addictions, including a lifelong struggle to come to terms with her sexuality. Named one of the Sunday Times's best musical biographies of 2014, this is the intimate portrait of an immensely complicated and talented woman - the definitive account of one of music's most legendary figures.